Facade users capture a photo of the appliance with a readily available fiducial marker (a dollar bill) for recovering size information. This image is sent to multiple crowd workers, who work in parallel to quickly label and describe elements of the interface. Facade then generates a 3D model for a layer of tactile and press-able buttons that fits over the original controls. Finally, a home 3D printer or commercial service fabricates the layer, which is then aligned and attached to the interface by the blind person. We demonstrate the viability of Facade in a study with 11 blind participants. 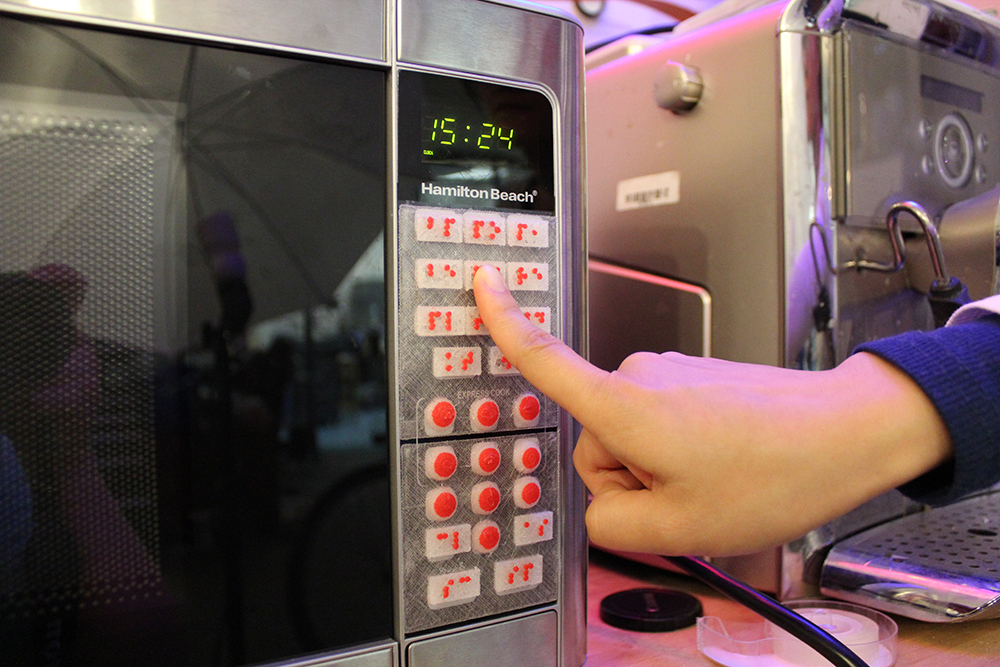